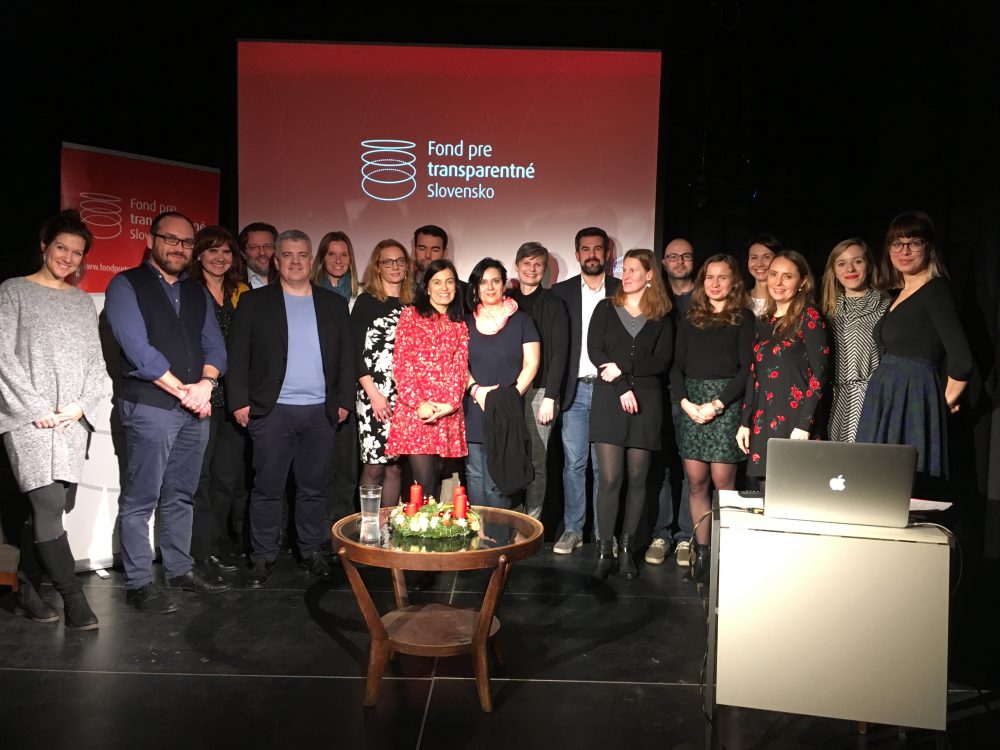 An independent evaluation committee composed of trustworthy public personalities decided on the selection of projects to be supported by the fund.

The third year of the Red Flags project aims to identify and push for the elimination of the risky elements of large IT projects in the public administration. According to a proven methodology, in 2019 the organisation plans to evaluate the preparatory phase in approximately 12 projects and the first public procurement in approximately 15 ongoing projects. The organisation will also continue to cooperate with key partners from the public sphere and the IT sector. It perceives this cooperation as another means of fighting for greater transparency. Project news is available at http://redflags.slovensko.digital. The general public will learn more about them through the media.

The Stop Corruption Foundation aims mainly to analyse how public institutions in Slovakia outsource public contracts and to use data to encourage the contracting authorities to act in a transparent and cost-effective way, following best practice. In implementing the project, the foundation will use the zIndex methodology, which evaluates the contracting of public orders in the Czech Republic. It will focus primarily on ministries. At the same time, the foundation will promote changes that will reduce opportunities for corruption and wasteful spending of public procurement funds. After the completion of the project, zIndex will continue with the evaluation of state-owned companies and municipalities.

European institutions such as the EU Council, the OECD and the European Commission have long been pointing to Slovakia’s problems with the quality of state administration. It depends, in particular, on the performance of civil servants, so their qualifications are extremely important. The project aims to professionalise the civil service from the perspective of the new institutes introduced by the Civil Service Act of 2017 at the level of district offices. So far, the SGI has found many shortcomings, for instance, in the setting of recruitment processes, the training plan and training of civil servants itself. The research subject will be a comprehensive mapping of the implementation of steps related to increasing the professionalism of civil servants, as well as adjusting their position.

VIA IURIS: A Few Steps for the Rule of Law

Via Iuris perceives the 2020 elections as an opportunity to strengthen the rule of law. According to the organisation, the rule of law in Slovakia has been strongly disrupted by the very institutions which should guarantee it. The aim of the project is to create proposals for systemic changes that will help make key rule of law institutions functional, and hence restore public confidence in them. Via Iuris will work on the proposals in close cooperation with the expert public. Together, they will identify the weakest spots of the judiciary, prosecution and in other areas. They will focus on issues which do not allow for independent and effective functioning. Prior to the elections, the organisation will seek support for the proposals by political parties.