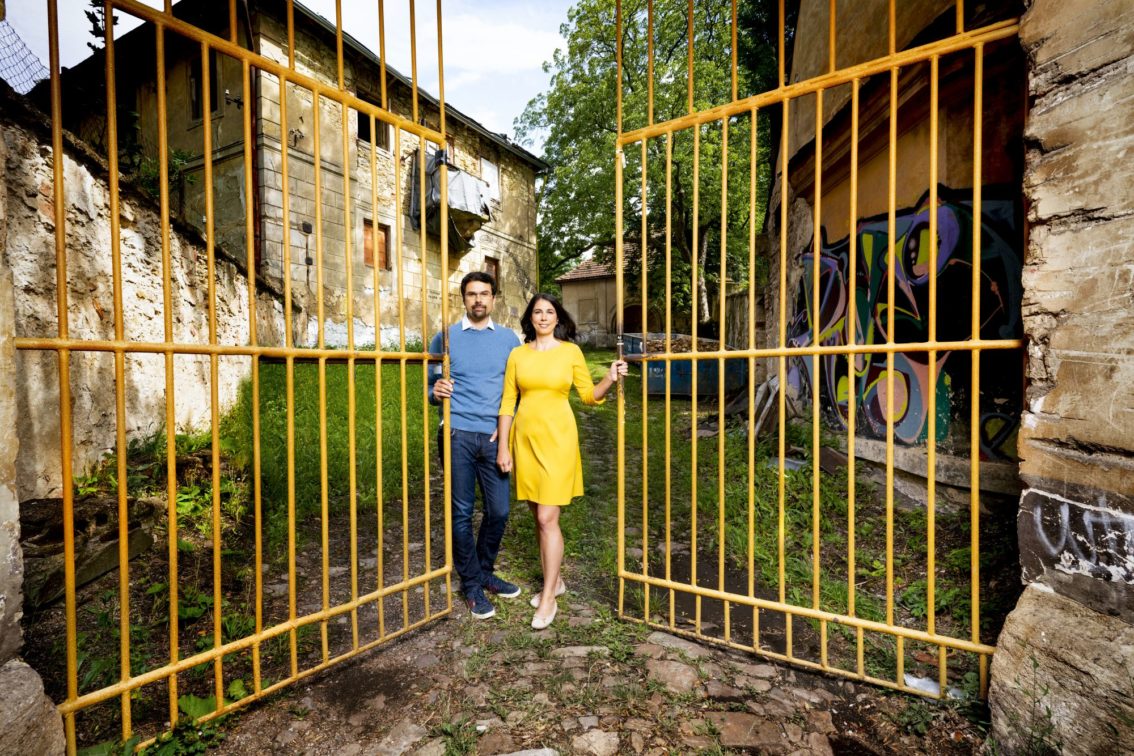 Ondřej and Katarína Vlčkovci: Don’t think about the amount and percentage of the property you want to assign to a foundation. Find an issue close to your heart instead.

Today's philanthropists often deal with the question of what to focus on and how to start helping. The Pontis Foundation organised an informal discussion evening entitled Impact Talks: Paths of philanthropy to discuss these issues. Katarína and Ondřej Vlček, who both belong among the greatest philanthropists in the Czech Republic, shared their philanthropic story at the event. They answered questions about why they had started helping, what their help looks like, and how they set up their foundation's financing. And, importantly, also about why they talk about their activities publicly.

Ondřej Vlček enthusiastically says that thanks to philanthropy, he is fulfilling his childhood dreams a little. He said that in his childhood, he had often imagined whom and how he would have helped if he had had the means to do so and what effect it would have had on the people around him. “I think that most people have a desire to help. If they remembered how they thought when they were eight or ten years old, they would certainly find those memories of wanting to help others,” the philanthropist said.

Last year, the Vlčeks took first place in the philanthropic ranking of the Czech Forbes. They founded the Vlčeks Family Foundation, which focuses on the support of children’s palliative care. The foundation started building a children’s hospice and working tirelessly to support systemic changes in the Czech Republic. At the Impact Talks, they offered several valuable pieces of advice that can inspire future philanthropists in Slovakia.

How to choose the right path?

The couple says the best way to embark on the philanthropy journey is to start with the cause you want to support. “You do not need to think first about the amount or percentage of the property that you should give to charity, but to find a cause that captures your heart, something that will help other people, and only then deal with financing. If you lack a cause, there is a big chance that you will stop enjoying it after a while,” Ondřej Vlček thinks.

Katarína Vlčková also considers the same important and names other benefits of helping. “If you choose a cause that you personally consider significant, it will drive you further. It will give you much more energy than you give out. Besides, since we have engaged in philanthropy, I have made many great friends, which is a wonderful feeling for me,” she says. 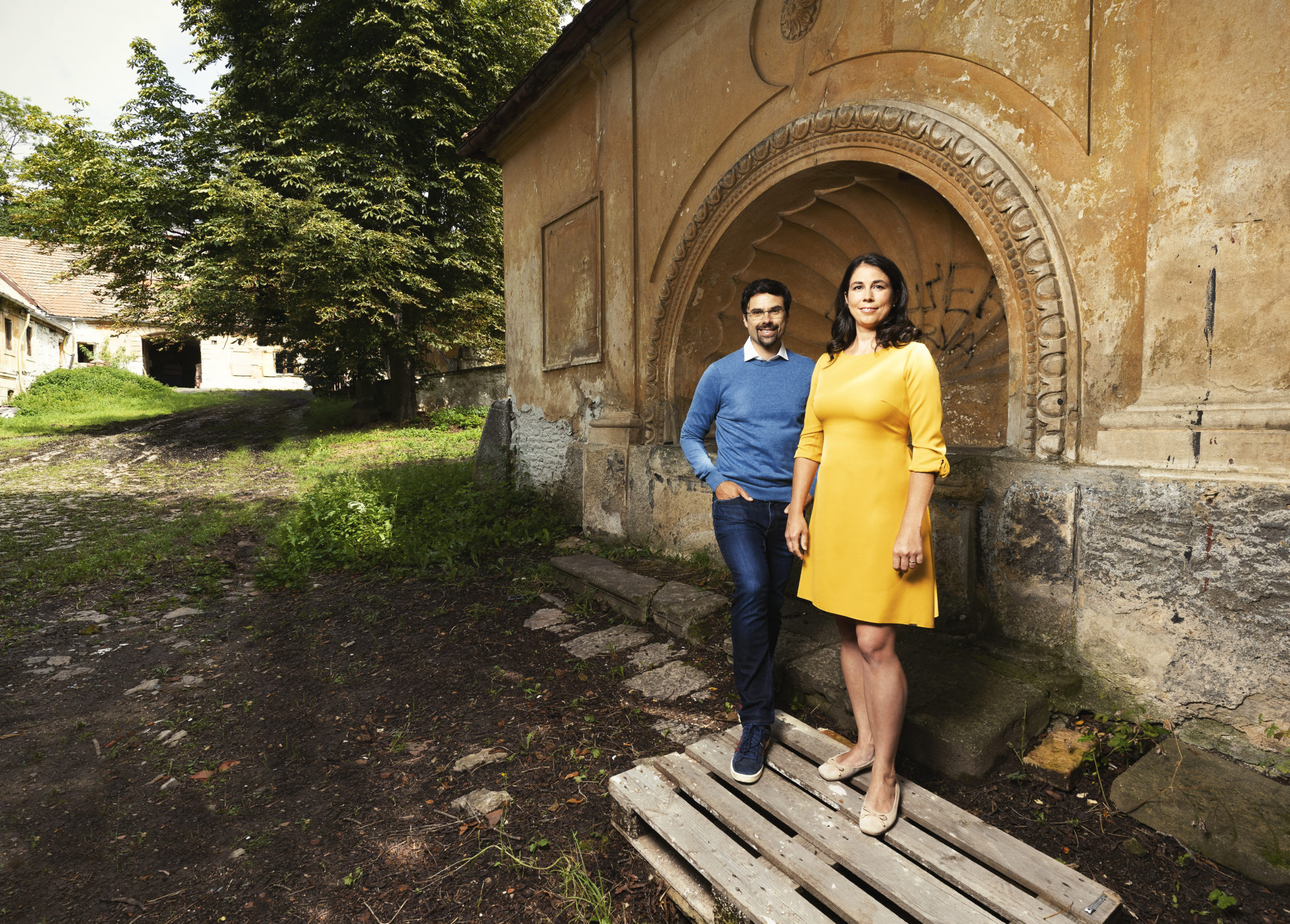 The Vlčeks at the Cibulka homestead, which will soon have a new use. Photo: Tomáš Nosil

The direction the Vlčeks would take was clear to them from the start. “When we established the foundation, we already had a cause in mind which resonated with our family. Since Katarína deals with palliative care, it was very authentic for us,” O. Vlček says.

The foundation as a perpetum mobile

The second issue that Vlčeks were dealing with was setting up the financing of their foundation in such a way that it would have a long-term impact. “The trick is that if you don’t think it through, no matter how big the funding you donate is, you will gradually start cutting it, and the foundation will eventually run out of money. That’s why we thought and consulted on how to approach it effectively. There are models of foundations that are set up to function in the long term, a bit like a Perpetuum Mobile,” explains the philanthropist.

The best-known example is the Alfred Nobel Foundation in Sweden, which awards the Nobel Prizes. “Alfred Nobel put money into this foundation, but at the same time he said that no Nobel prizes would be paid out of the money. These funds will be invested and the Nobel Prizes will be financed from the revenues or side activities of the foundation. We really liked that,” the couple agree.

Therefore, Vlčeks decided to build their foundation on the same principle. Most of the money or assets they have transferred to the foundation are not intended to be used to finance the projects themselves but for investments. “It can be any types of investment, be it shares, real estate, commercial projects, of course, with a reasonable level of risk and good management. Projects are paid only from revenues,” O. Vlček says.

One of the biggest projects of the Vlček Family Foundation is the creation of an inpatient hospice for children with serious diagnoses, and their families. Children, their parents or siblings will come to this facility for short-term stays to relax and recharge their batteries. This will make the facility different from a hospice for adults, where patients are mostly admitted at the end of their lives. “The hospice will be a low-capacity facility that will allow families to live in community so that they are not isolated, as these children will spend most of their lives in isolation. It is a proven system that has been working abroad for a long time,” Katarína Vlčková describes.

The hospice will be located in the historic Cibulka estate, which the foundation is currently renovating so that it can serve its new purpose. Families will have access to top-class health care and various support services there. 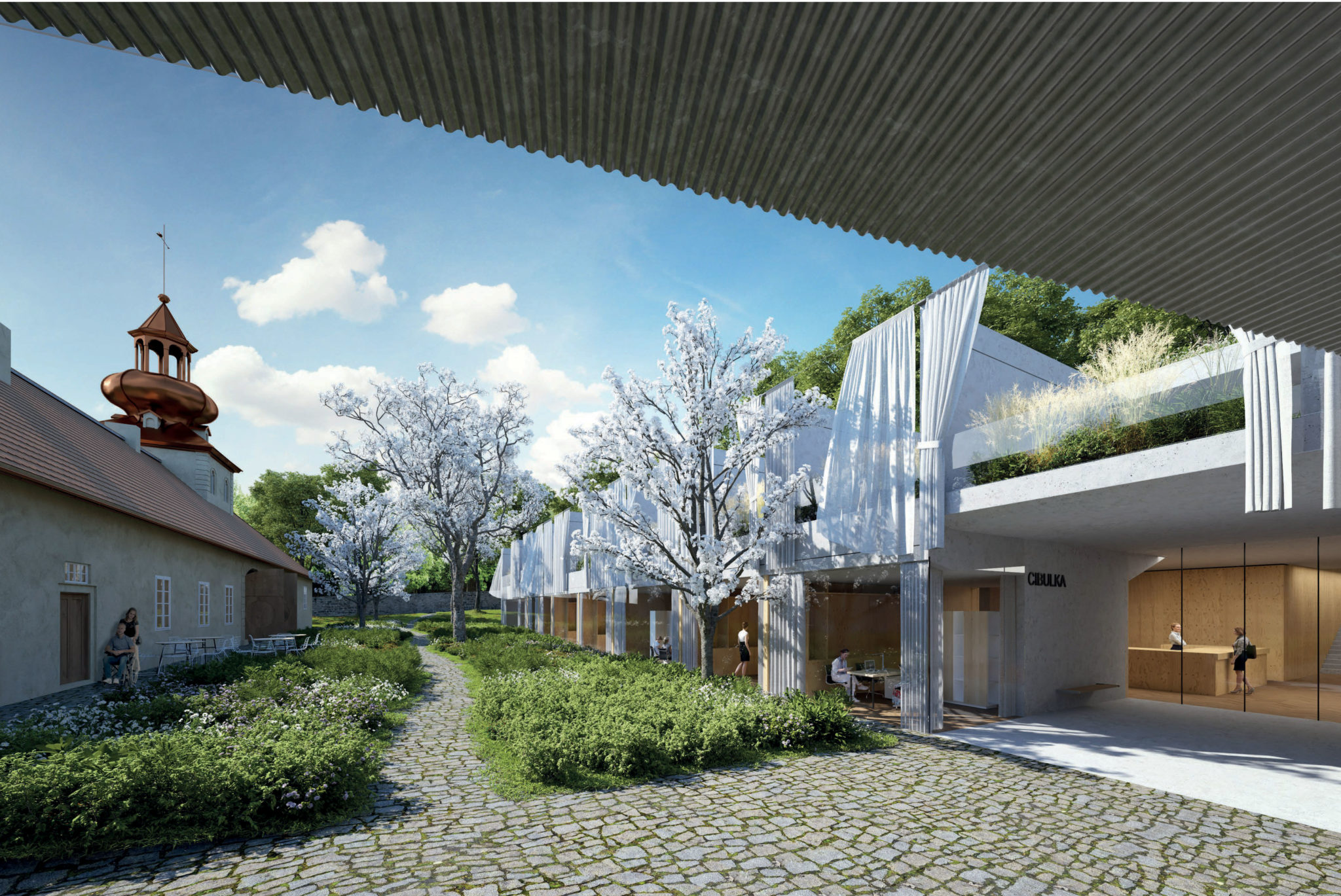 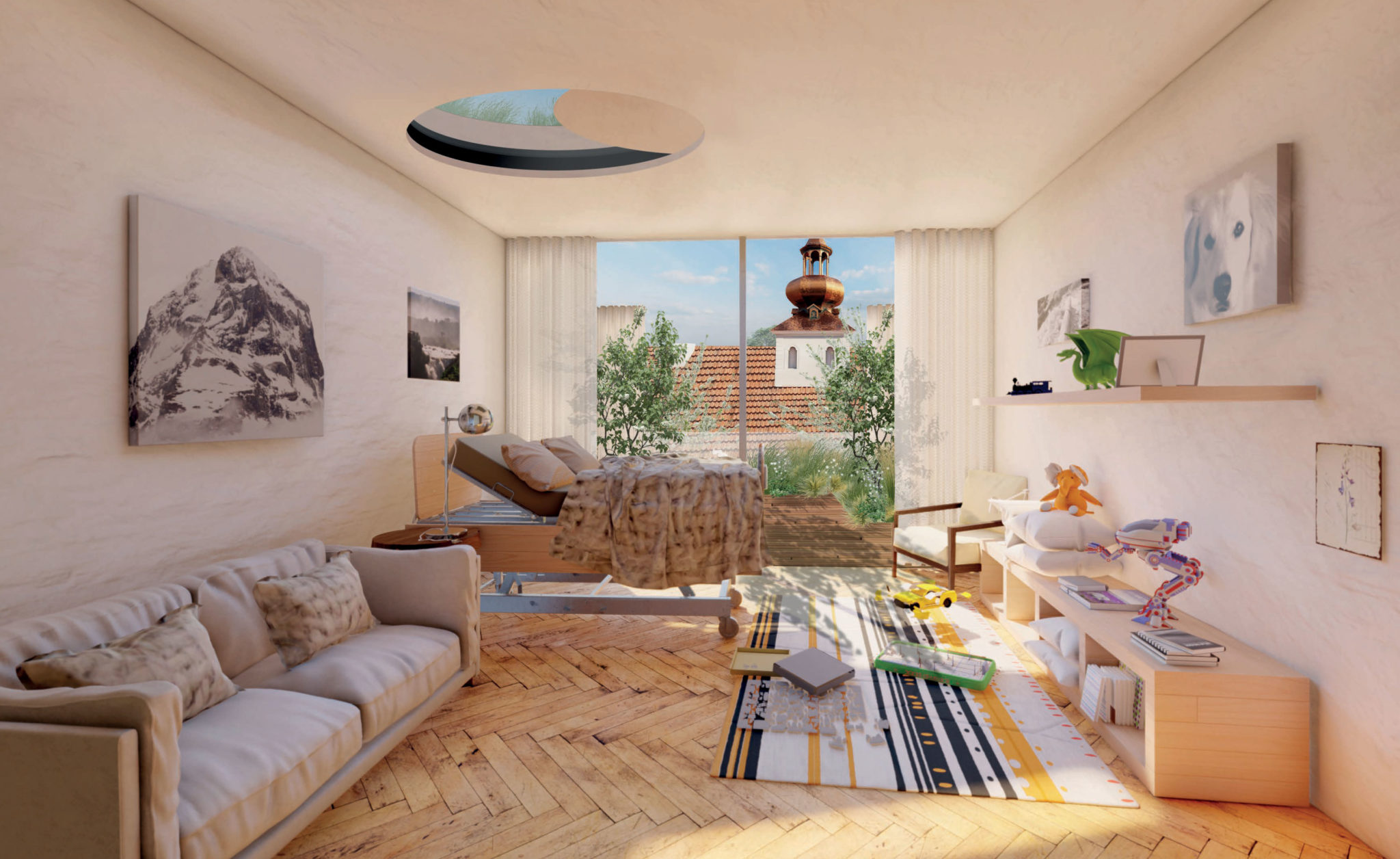 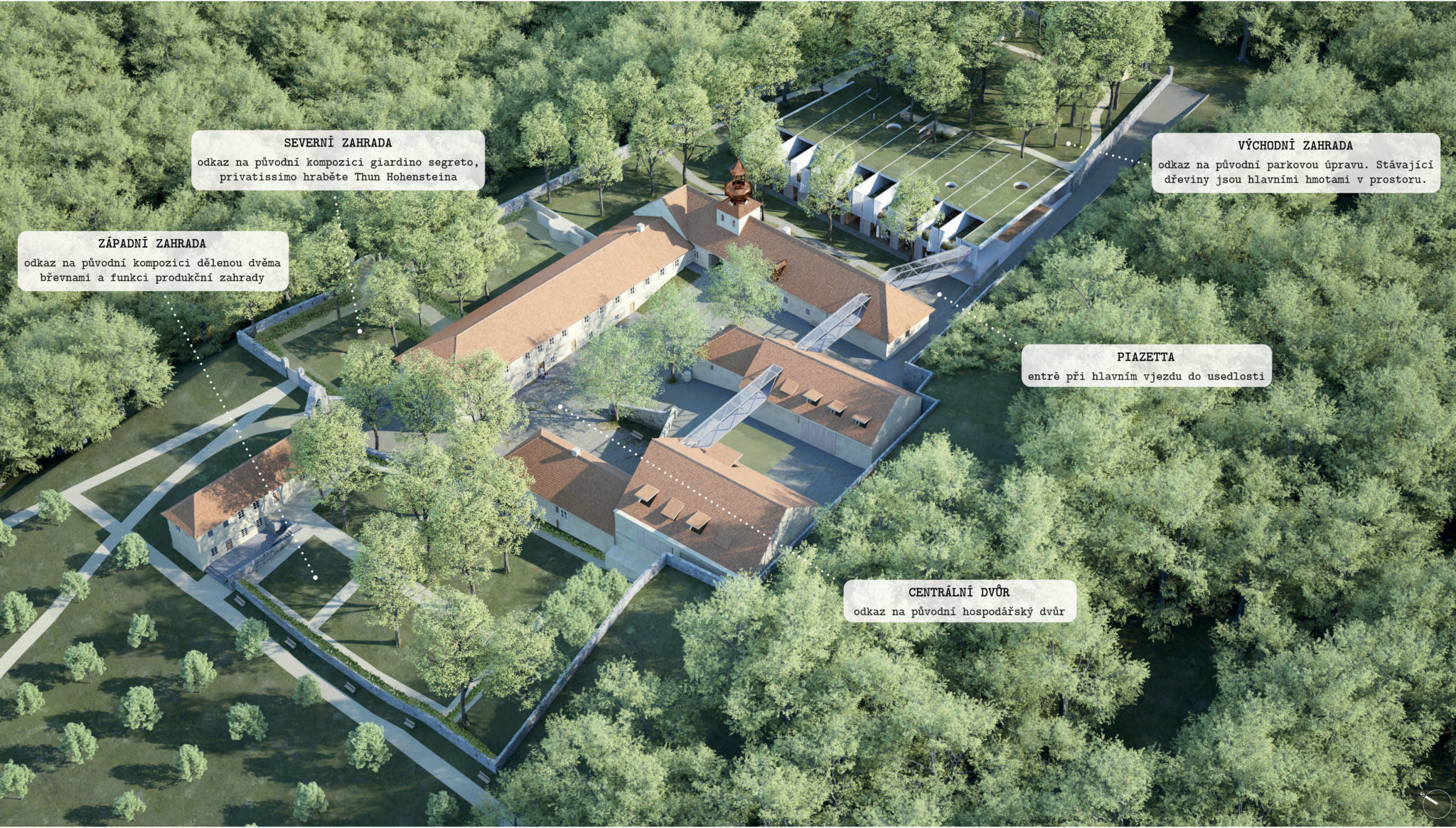 However, the children’s hospice is only one of their projects. “The main goal of our foundation is to support all specialists in child palliative care in the Czech Republic so that they can bring it to a higher level. So that every family in the Czech Republic that needs palliative care for children has the opportunity to use all the services that can help them,” says Katarína Vlčková.

The foundation will therefore support experts in order to integrate systemic changes in the law in the Czech Republic, such as the existence of a children’s inpatient hospice, which is currently missing in the legislation. If this were to succeed, the stays in Cibulka could be partially covered by health insurance. The financial burden on the families themselves would thus be minimised.

How do you imagine a philanthropist?

With all their efforts, Vlčeks set the goal of popularising their activities. “The most powerful change comes when you manage to mobilise a larger number of people who stand for something. Considering the amount of money we donated to the foundation, we also hoped that it might inspire someone else as well,” they explain. 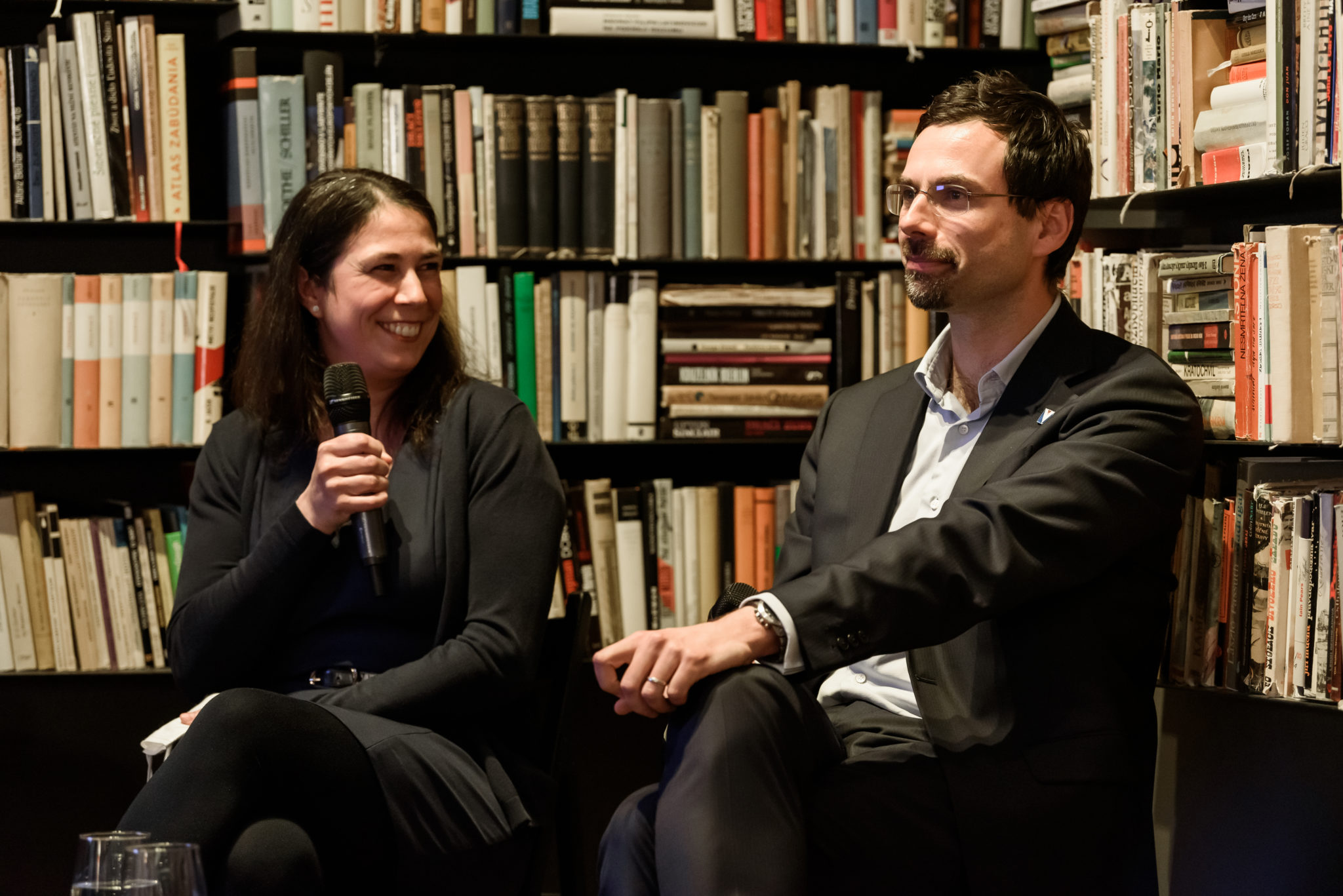 However, according to the couple, sometimes people who are thinking about venturing into philanthropy have not yet turned their thoughts and ideas into concrete actions because they think that it is too early and time for such activities will come later in life. “After all, the stereotype of a philanthropist is a person over 60 years old, has made money, retired, wised up in his old age and is an example of how a tough manager can become a philanthropist. But it’s just a stereotype,” describes Ondřej Vlček and explains that the refutation of this image was also the reason why he and Katarína want to talk about philanthropy publicly. “We decided to appear in the media in a non-violent way as a completely normal married couple who decided to do so relatively early in their lives. And we wanted to encourage perhaps even more introverted people to talk about philanthropy,” he concludes.

Katarína Vlčková is a doctor who focuses on children’s palliative care, and Ondřej Vlček is the head of the antivirus company Avast. In 2021, the couple founded the Vlček Family Foundation, in which they invested assets amounting to 1.5 billion Czech crowns (40% of their assets). The foundation is dedicated to helping children who need palliative care. Its flagship project is currently the construction of a Children’s Palliative Care Centre and an inpatient hospice in the Cibulka estate in Prague. The couple also supports the Zlatá rybka (tr. Gold Fish) organisation, which has been operating for seven years and fulfils the wishes of children with serious diagnoses to encourage them in treatment. 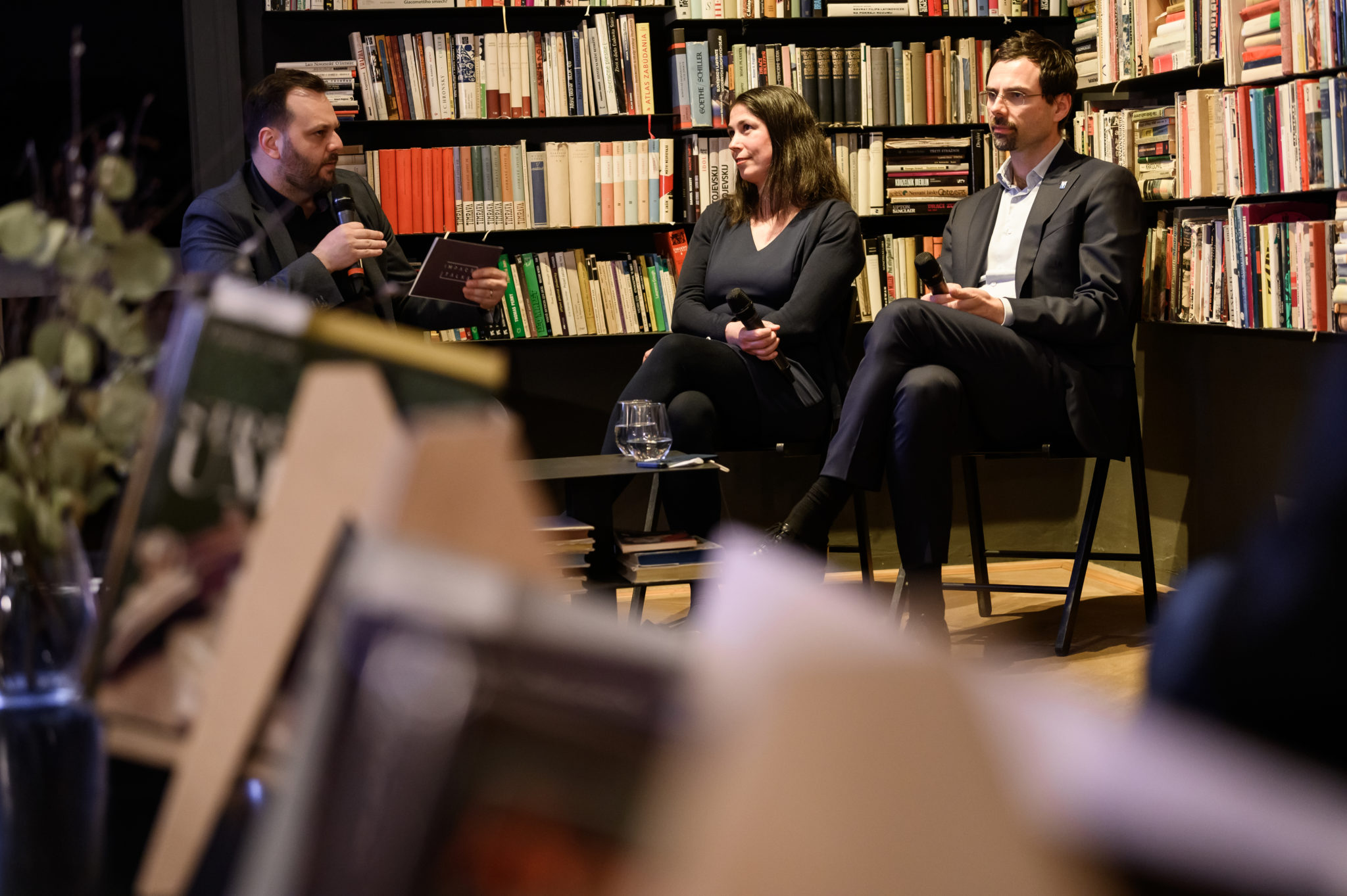 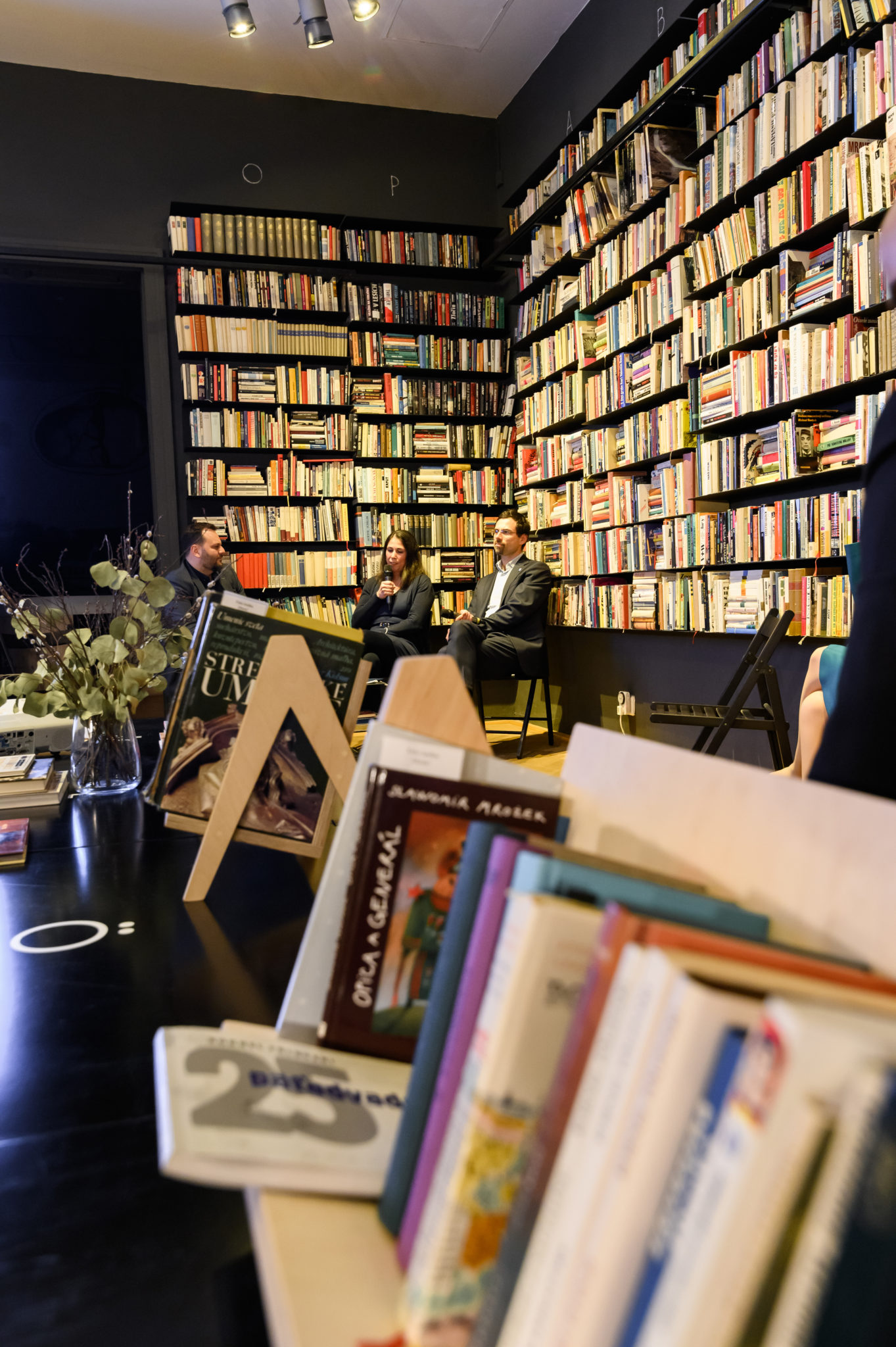 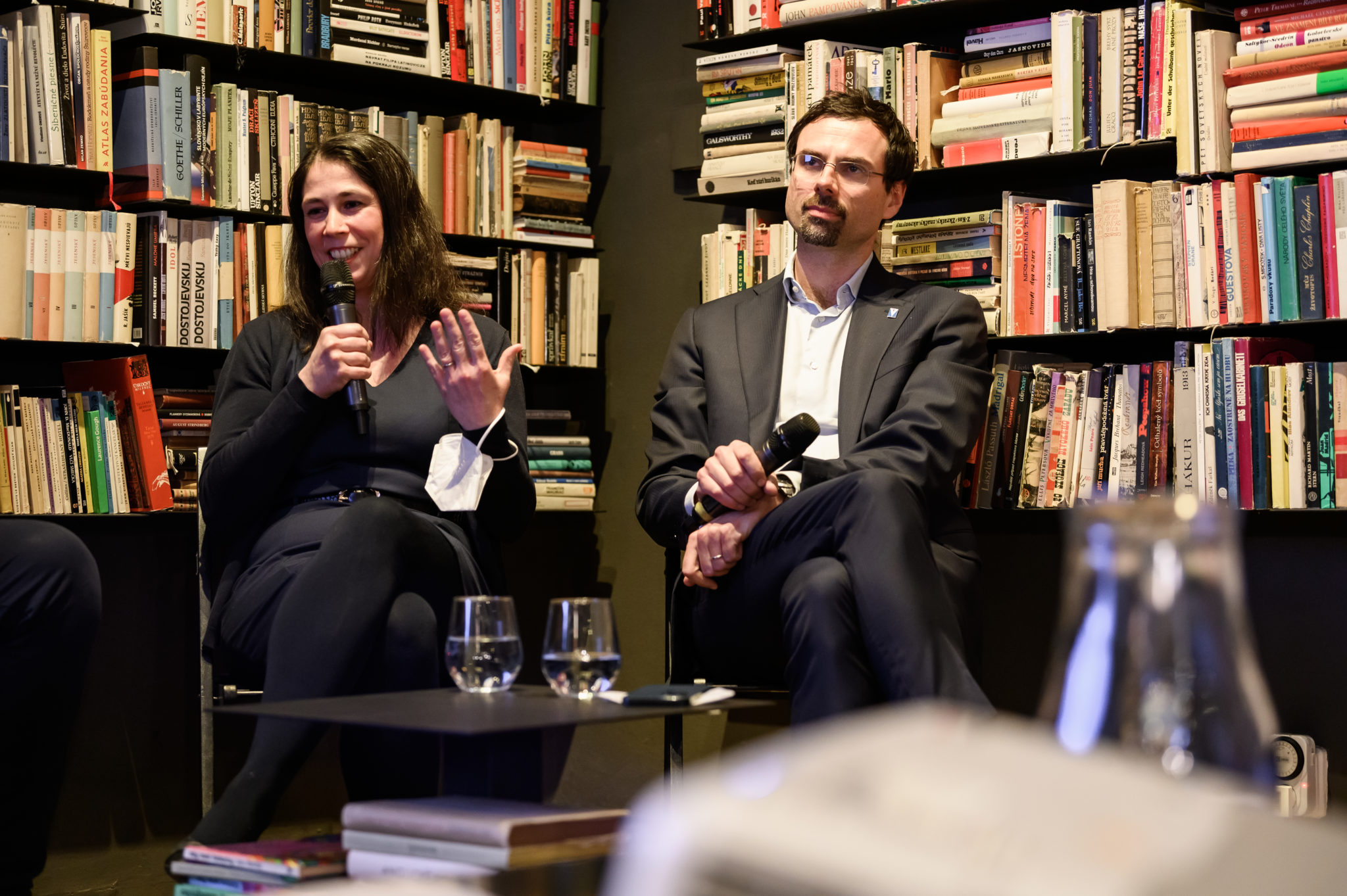 Impact Talks are a series of informal discussion-interactive events about philanthropic stories, social innovations and strategic perspectives on helping, which the Pontis Foundation has been organising since 2020. The topic of the first Impact Talks event in 2020 was investing with a social impact. In the second year, 2021, we focused on philanthropy and science.